Javat is a small village where lived Srimati Radharani when she get married with Abhimanyu. The place is called Jatila-Kutila Mandir.  It was at this time that Lord Brahma stole away and hid the young Brajabasi cowherd gopas along with the cows for one whole year. Then  the Supreme Lord Krishna expanded Himself most identically to copy the form of each and every gopa and cow, so that none would be missed.

Later He convinced his father that the year was particularly auspicious and grand weddings were prepared for the gopis to become wedded to Krishna in each of the identical forms he had taken as the cowherd boy gopas.This included the “Abhimanyu” form who Srimati Radharani wedded and lived together with for one whole year. The Divine couple, Sri Radha y Krishna use to play in the water of the famous Kishori Kunda. 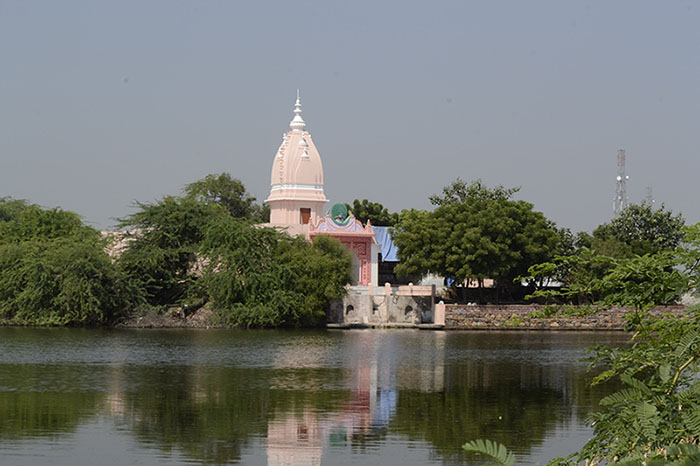