Doing Parikrama around Vrindavan or Vraj Mandal, or around Govardhan or every temple is a sacred tradition of showing respect. Normally  circumbuambulation are made 3 times.

In Vrindavan some people do Parikrama daily, also in Govardhana, is very amazing and very important this Parikrama to the hindu tradition. 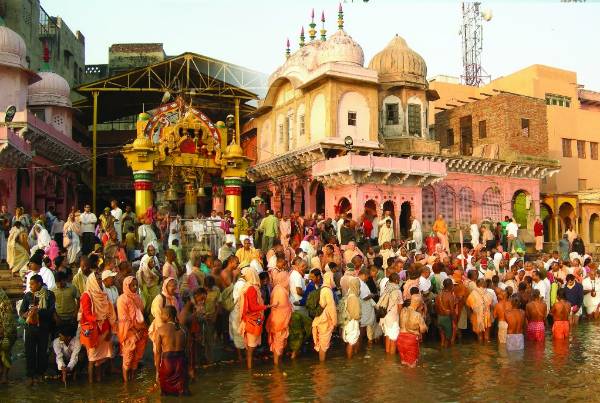 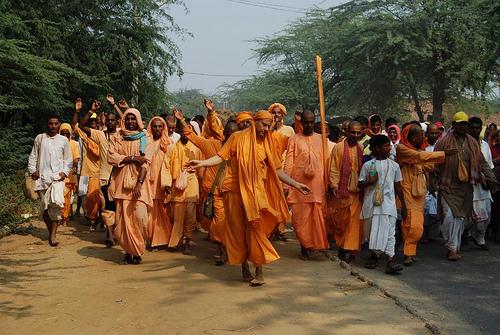 Devotion cames in many ways

And there is also the Dandavat Parikrama wich is the same Parikrama rute by bowing down to the ground  sixty times, ou hundred times – sometimes this can take a year to cover the distance! 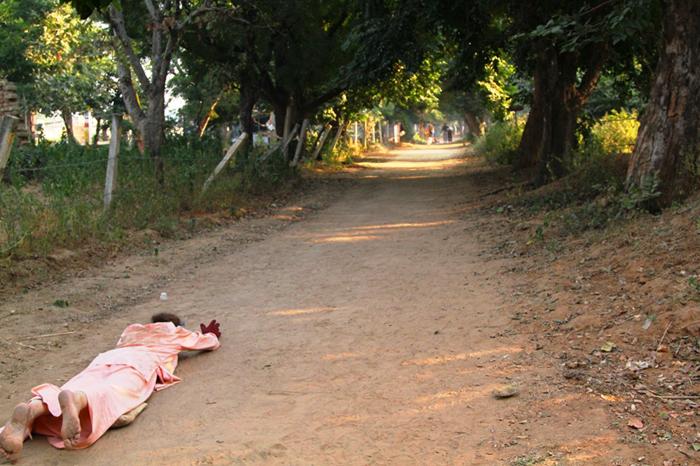 Sadhu troughing a rock to count his Dandavat Parikrama

A DAY IN VRINDAVAN // Varsana Parikrama